This stamp is printed onto gummed stamp paper with the flock technique giving the stamp a soft, smooth textured feel to the surface.

More than a hundred years ago breeders of Estonian country breed cattle realized that good production results could only be expected if it was possible to make a choice among the animals. For this it was necessary to record the origination, appearance and production data of the animals. As a result breeders started to document production data, instituting the Herdbook.

The first animals were included from the Vahi Farm cattle of the Tartu Estonian Farmers’ Association on August 21, 1914. The terms of inclusion in the Herdbook have varied in different periods of time. In the first years the main aim was to find animals suitable for the type of the breed and establishment of their descent. Starting from 1920 the purpose of breeding was to develop the country breed cattle into a one-coloured light red, hornless breed with average weight, strong build, hardy, with high production, particularly high fat percent of the milk and a good cost-effectiveness.

Today the Herdbook means the country breed cattle of controlled descent. The Herdbook includes all the country breed heads of cattle of suitable descent. There are stricter requirements for the bulls: the bulls and their mothers are studied genetically, assessed, measured and photographed and for the mother of the bull there are requirements in terms of appearance and of production. Starting from 1985 data of the country breed animals are also in an electronic database at the Animal Recording Center. In 1914-2010 10 059 heifers, 1769 bulls, a total of 11,808 head of cattle have been entered into the Herdbook. 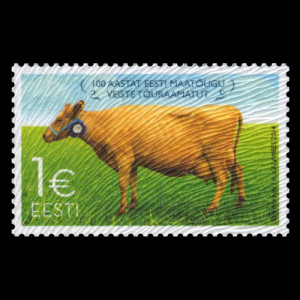 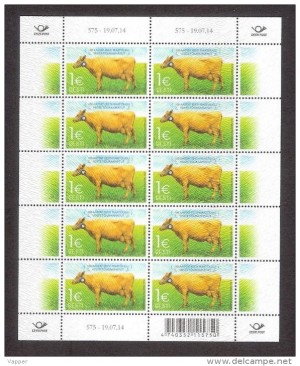 Powered by Your Inspiration Themes

Powered by Your Inspiration Themes